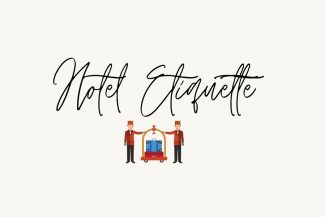 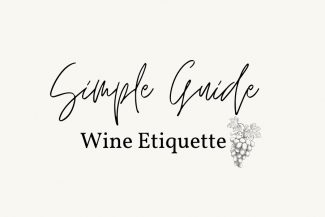 A Simple Guide to Wine Etiquette
February 19, 2020 by Monika Anna in Dining Etiquette

How to eat tricky foods

Some foods can be very tricky to eat, either because they’re messy or because there’s a particular way to handle them. And if you’re at an important date or business lunch, knowing good dining etiquette can avoid an embarrassing faux pas.

So, I want to give you some tips on how to eat spaghetti, artichokes and other most common tricky foods.

Using a spoon and fork to twirl your spaghetti into a huge ball is the wrong way to go. Simply pick up 2 or 3 strands of pasta on your fork and twirl them against your plate to form a manageable mouthful.

If you don’t feel confident, try picking a short pasta like fusilli or penne instead. And choosing carbonara is the safe way to avoid tomato sauce splatters!

Go lightly with the soy sauce, if you choose to use it. If you’re dipping a nigiri into your soy sauce dish, you should dip it topping-side down, not rice-first. And the pickled ginger is intended as a palate cleanser, rather than for eating with a piece of sushi.

In the end, you will leave your chopsticks on the side. Even if you have a ball or bowl of rice, never put your chopsticks vertically into the rice, this is only for a ritual when you are offering the food to dead people.

There’s a particular knack to deshelling a lobster. First, you need to twist and pull off the front claws, breaking them into two pieces at the joint. Then crack open the larger part of the claw and use a lobster fork to pull out the meat.

Next, remove the tail by twisting the tail and body in opposite directions and throw away the green liver. After you’ve separated the tail flippers, use a knife to cut away the shell or push the meat out of the tail with your fingers. Don’t forget to remove the large vein before you tuck into the tail meat.

And if you’re wondering how to eat lobster, it’s perfectly acceptable to use your fingers to dip the lobster meat into melted butter!

If chicken wings or ribs are on the menu, you’re probably at a fairly informal event. So don’t make things difficult by trying to eat them with a knife and fork, it’s perfectly OK to use your fingers.

Avoid food that is heavily covered in sauce to keep the mess factor down, and locate the finger bowls or napkins first. And try to resist the urge to lick your fingers, as that would definitely be poor etiquette!

Asparagus may usually be eaten with your fingers, unless it’s heavily covered in sauce. But a lot of people don’t know this and may think that you’re showing poor etiquette.

So you might prefer to use your knife and fork unless you see other people using their fingers.

If prawns are served on cocktail sticks as a canape, you can eat them directly from the stick. If they are served with their tail attached, you can pick them up by the tail with your fingers.

You should use a fork to eat a prawn cocktail when it is served as a starter. But if prawns are served as an appetiser with cocktail sauce, you can use your fingers to hold them by the tail and dip them into the sauce.

On the other hand, eating oysters is simple. Simply squeeze over some lemon or add dressing, lift the half shell up to your lips and tip the oyster into your mouth.

If you’re not sure how to eat an artichoke, it can look complicated. But eating an artichoke is actually very straightforward.

Pick up a leaf and dip into the melted butter or sauce, and then scrape the fleshy pulp off the leaf with your bottom teeth. If you don’t have a separate plate for the discarded leaves, place them on the side of your plate.

When you get to the heart of the artichoke, cut away the fuzzy base and use your fork to eat the heart.

None of these foods are that tricky, once you know the right way to eat them!